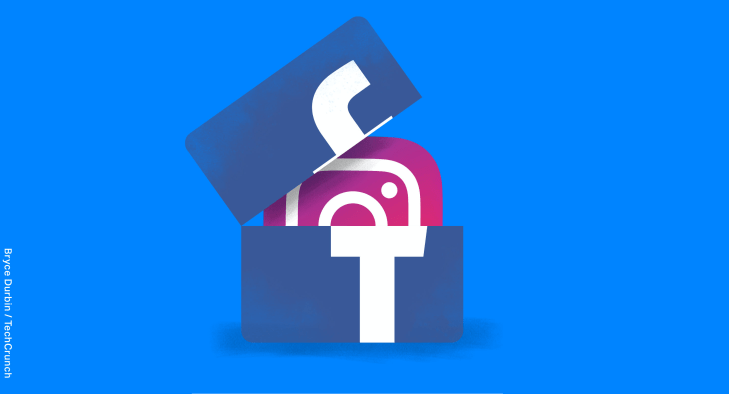 Facebook’s latest colonization of Instagram has begun. Facebook is testing the option to cross-post Stories to Instagram, instead of just vice-versa. Hopefully, that means the two apps will finally sync up the ‘already viewed’ status of cross-posted Stories so we don’t have to watch re-runs any more, as I harped about in January.

If fully launched, the cross-posting feature could save social media managers and average users time while letting them maximize the views on the content they create. It could also give a little boost to the total Stories available on Instagram so it algorithm has more to choose from when ranking what it shows first. 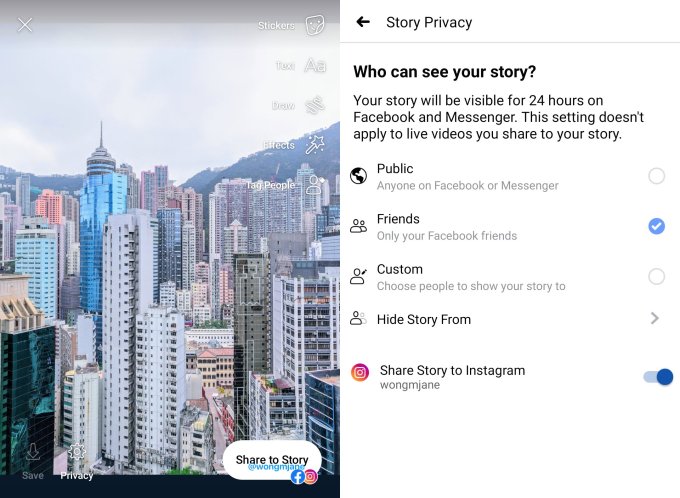 But the change could also been seen as the most invasive injection of parent company Facebook’s identity into Instagram — which has been steadily increasing since Instagram’s co-founders left the company in late 2018 as their autonomy dwindled. Facebook has already pasted an “Instagram – From Facebook” title screen into the photo sharing app’s boot-up phase, and added an Open Facebook button its settings menu. Instagram added cross-posting of its Stories to Facebook in October 2017, allowing its parent to piggyback on the popularity of its ephemeral content.

Facebook Stories, Instagram Stories, and WhatsApp Status all had 500 million daily users as of a year ago, while Snapchat as a whole has just 218 million users.

The screenshot of the Facebook-to-Instagram cross-posting feature was generated from the Facebook For Android app code by Jane Manchun Wong. She’s the renowned reverse engineering expert whose furnished TechCrunch with tips on dozens of unreleased features that went on to officially launch. When you’ve shot a Facebook Story and are about to post it, you can tap Privacy to review who you’re sharing with. In addition to the Public, Friends, Custom, and Hide From options, Facebook is testing a Share To Instagram toggle that appears to turn on continuous cross-posting of that post and future ones.

A Facebook spokesperson tells me that the company is now formally testing the cross-posting feature to make it easier to share moments with the who matter to you, since people might have different audiences and followers on Facebook versus Instagram. Facebook will continue to explore options for simplifying and improving how Stories work across its apps. That means its’ out of the internal-only prototyping phase and is now being tested with users in the wild.

With any luck, Facebook and Instagram will eventually sync up data about which Stories you’ve watched on either app, and avoid showing you exact copies of ones you’ve already seen. I made my case for this to Instagram’s leadership at a recent press dinner, noting how reruns waste hundreds of millions of people’s time and lead them to close Stories or the app altogether. I asked Facebook about that specifically and declined to comment.

Creating two-way interoperability of Stories is precursor to Facebook’s efforts to unify its Messenger, WhatsApp, and Instagram Direct chat features. That could extend end-to-end encryption across the apps, protecting messages from prying eyes. But there’s been government grumbling about how encryption could hide the activity of criminals, and some see intertwining the chat features as a way to make it harder for regulators to break up Facebook.

Google has a problem with pregnant workers, employee memo alleges

The new Moto Razr gets a teardown a day before release

Review: Jaws is a much better board game than we had...